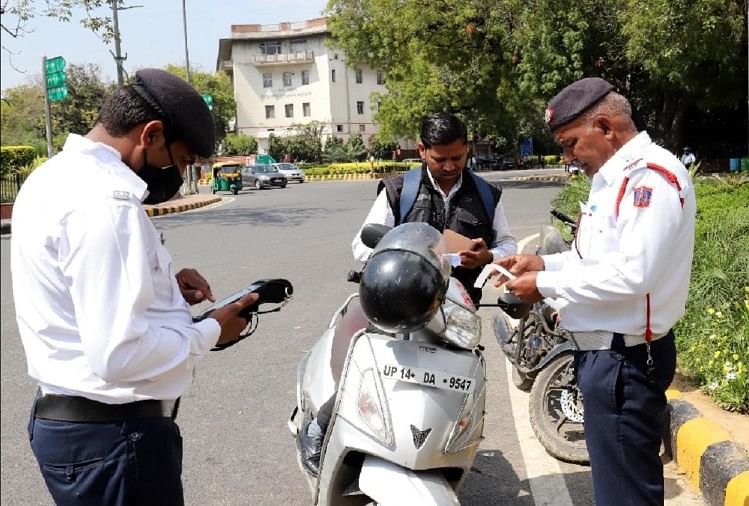 Delhi Police on Holi festival deducted a total of 3282 challans for traffic violations. Of these, 1255 people did not wear helmets. The police have invoiced them.

As we all know that it is very important for everyone to follow the traffic rules and in view of this, the Delhi Police has taken a strong step because the Delhi Police does not want that something on the day of the festival does not happen. Because of this, we have to be embarrassed later and for this reason, the Delhi Police took steps and cut a lot of challans.

On the day of Holi, there are many people who cut a lot of hoods, that is why 4 to 5 people sit on a bike and do not follow the traffic rules, as well as many people also drink cars which drive traffic. It is against the rules and in view of this, Delhi Police cut a lot of challans.

on the day of Holi festival police have challenged 70 people travelling by sitting on three riders on the bike. Police have deducted 100 challans for drunk driving and 121 for dangerous driving.

Delhi Police issued a total of 3282 challans for traffic violations today, including 1255 for not wearing a helmet, 70 for triple riding, 100 for drunk driving and 121 for dangerous driving.