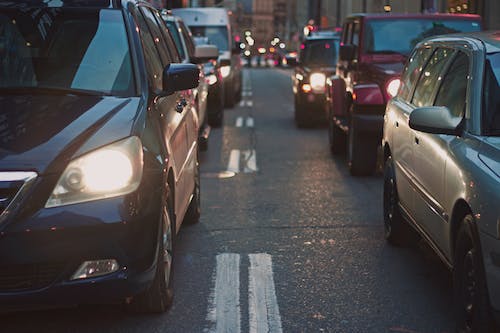 In addition, 70% of these vehicles are over 20 years old. According to government figures, Karnataka tops the list with about 70.1 lakh 15 years old vehicles, followed by Uttar Pradesh with about 56.5 lakh such vehicles.

Statements presented in Parliament last week by Union Road Transport Minister Nitin Gadkari show that at least four crore vehicles registered in the states are more than 15 years old and about 50% of them are more than 20 years old.

The actual number will be higher as the number collides with the vehicle data digitized from vehicle 4’s central vehicle registration database.
Furthermore, the centralized data does not include the details of the three large states – Andhra Pradesh, Madhya Pradesh and Telangana.

This is also important for Delhi Government and Central Government for the whole time because according to Sardar, the commercial vehicle Omar is kept at 15 years while the age of a private vehicle is kept at 20 years and it is all based on fitness if you pass the fitness. If you take it, you can run it even further, but if you cannot get it fit today, then you will have to leave it outside and instead, you will have to buy another vehicle but now it has become the biggest helplessness of the Delhi government because the government According to most, outside Delhi is more than 15 years of age, which is against the rules and according to the government rule, action will be taken on them.

“Currently, there is no system to register vehicles until the owners have contacted the RTO. Therefore, there may be a large number of unused vehicles which are still in the category of registered vehicles, ”said an official.

To discourage people from prohibiting their old vehicles, the government has started taking a number of steps, including a move by states and union territories to prepare guidelines for imposing “green tax” on older vehicles.

The Ministry of Road Transport has circulated the proposal to states and union territories for their comments.
It has also issued a draft notification for the renewal of registration of private vehicles and a fitness renewal fee for commercial vehicles over 15 years.

According to vehicle owner Geetika Dogra. saying that  I do not know what relation the government will have for private vehicles of 15-year-old petrol which is very good and maintainable and also has passed the pollution test. she further said that, this proposal would allow a large portion of vehicle owners Looking at those who fall into this category